Book Beginnings on Fridays is a meme hosted at Rose City Reader where you share the first sentence (or so) of the book you are reading, along with your initial thoughts about the sentence, impressions of the book, or anything else the opener inspires. Please remember to include the title of the book and the author’s name.

This was first brought to my attention by http://inspirationpie.com/.

The books Stacy is  presently reading.  (I know that it is supposed to only be the first sentence or two, but me, always a bit of a rebel, always does the first paragraph…. just puttin’ my own spin on it I guess, LOL): Maybe that’s a silly thing to take comfort in, but having just spent three months sharing a dank cell with someone who couldn’t say the same, well, it puts things in perspective.”

This is a fast paced romance set in the Prohibition-era mafia underground, and an unlikely pair that meet and fall for each other. “Benny” is a “green” boy, naive in the ways of the Syndicate and gets drawn into it out of desperation to help support his family. “Masie” is the (fictional) daughter of the infamous Dutch Shultz, and already accustomed to danger and threats to her and the lives of those she cares about. The book is told from their alternating perspectives. I am enjoying this… currently am 3/4 of the way done and should finish tonight.

“Coppi’s definition of a lifer is any man who enlisted to join the service, any soldier that has the initials RA on his dog tags, RA standing for Regular Army. Draftees, like Coppi, are not lifers. Their dog tags begin with the letters US, which stands for United States. The army probably doesn’t even consider them regular soldiers.”

Even though I have not gotten far into this book (due to time constraints) I really look forward to soon as I have enjoyed A. A. Freda’s writing in the past. This one is very promising to me.

“The Bone Cave” by Sarah Remy

“The Raven was a dark blot against the evening sky. He laughed as he dived, surprising a flock of starlings from their roost on the branches of an old sycamore. The starlings scolded even as they fled, but Jacob was undeterred by their threats. He chased the small flock until they were forced to scatter for safety in the low grass. Only after they’d gone to earth did he cease the game, coming to rest on the highest branch of the sycamore the starlings had abandoned.”

I know Ms. Remy has been a bit of a popular author in some circles, but this is just not my thing. I thought I would give it a chance, am 1/2 way through, but I don’t like it. The character list is long and hard to keep straight (I think)… I don’t know if I would ever read more by her. >sigh< I hate when I don’t like a book. : ( 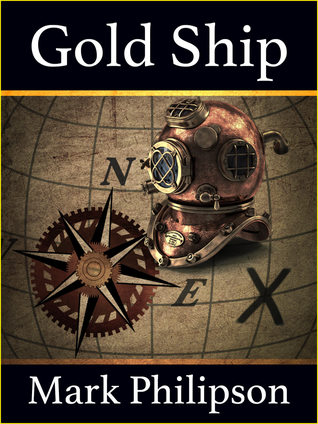 Gold Ship
by Mark Philipson
“On September 8, 1857, a steamship left the port of Colon in Panama. The Central America carried 477 passengers, 101 crew-members, and 10 tons in gold bullion and coins.”
My thoughts:
The beginning sets you up for a historically accurate read, by rattling off such matter-of-fact names, places, and numbers. I’m over halfway through the book, and I can say THIS as a matter of fact: the book is not only historically inaccurate, but it is to the point of distracting you from the story. It had me shaking my head, and saying to myself, “Really?” I thought I’d like the book. I like the plot, the description, even the cover, but so far it has been a letdown. Which is a shame.

The Perfect Storm
by Sebastian Junger
“One midwinter day off the coast of Massachusetts, the crew of a mackerel schooner spotted a bottle with a note in it. The schooner was on Georges Bank, one of the most dangerous fishing grounds in the world, and a bottle with a note in it was a dire sign indeed.”
My thoughts:
I thought that this was a good beginning. It sets a presedent of danger at sea that continues throughout the book. Also, I like the way that the author hones in on many different individual stories, and tells of many different people and happenings, while all the while telling only one story: the story of a great storm at sea. The very first sentence is an example of one of those individual stories he uses to illustrate the bigger picture. Here he is stressing how dangerous fishing can be, which becomes a very important fact later on.

Surviving ‘Uncle Hitler’
by Dorothea Wollin Null
“Adolf Hitler was born on April 20, 1889, in Braunau am Inn in Austria into a petty-bourgeois milieu.”
My thoughts:
This beginning sets up the reader for a straight forward, up front story, without fluffing it. It shows that the story is historical, and it reminds the reader that this is real, this is a true story, this is what the author really experienced during World War Two. It also gives you valuable background information on the man who was a major part in effecting the lives of so many people of the time period, young Dorothea included.

Preventing Alzheimer’s
by Joseph Veebe
“Many of us have heard that spices and herbs are good for health but we hardly incorporate these into western cuisine. Even though there has been more awareness lately on health benefits of herbs/spices as part of natural alternatives or supplement to medicines, very few regularly incorporate spices and herbs in their diet.”
My thoughts:
My immediate thoughts upon reading these lines were actually, “Wow, cool, this looks like an interesting book, he has a point there.” Then again, I always have been a bit of a dork in that regard. I think that health books that might bore most people to death and make other people feel a headache coming on are “cool” and “interesting”. I may be the only one, LOL. If I’m not, though, feel free to let me know in the comments. I’d love to hear from you! (Please note: I’m not saying that this book in particular is particularly boring or headache-causing to most people, I’m speaking broadly of health books in general. So far, this book is very good.)

The Friday 56 is a meme hosted at Freda’s voice.

Since I don’t like to do one I will read (and spoil something for myself), and I already covered the books I am presently reading, I like to switch it up, and go in order on my bookshelf of one I have already read… so this is always kind of a throwback reminisce. : )

And so this week’s book:

“For One More Day” by Mitch Albom

(since technically, page 56 in the book is like 2 sentences being the end of a chapter, I included a few from page 55, for more of a bite!)

“It took a few seconds to find my voice, as if I were remembering instructions on how to do it. How do you talk to the dead? Is there another set of words? A secret code?

‘Mom,’ I finally whispered, ‘This is impossible.’

She scooped the eggs from the pan and chop-chop-chopped them on my plate. I watched her veined hands work the spatula. 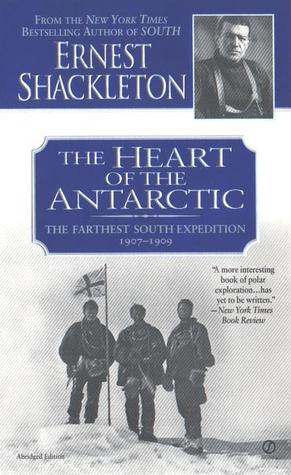 “The Heart of the Antarctic” by Ernest Shackleton

“As I was standing on the bridge at 2 A.M., peering out to windward through a heavy snow-squall that enveloped us, I saw, in the faint light of breaking day, a huge sea, apparently independent of its companions, rear itself up alongside the ship.”